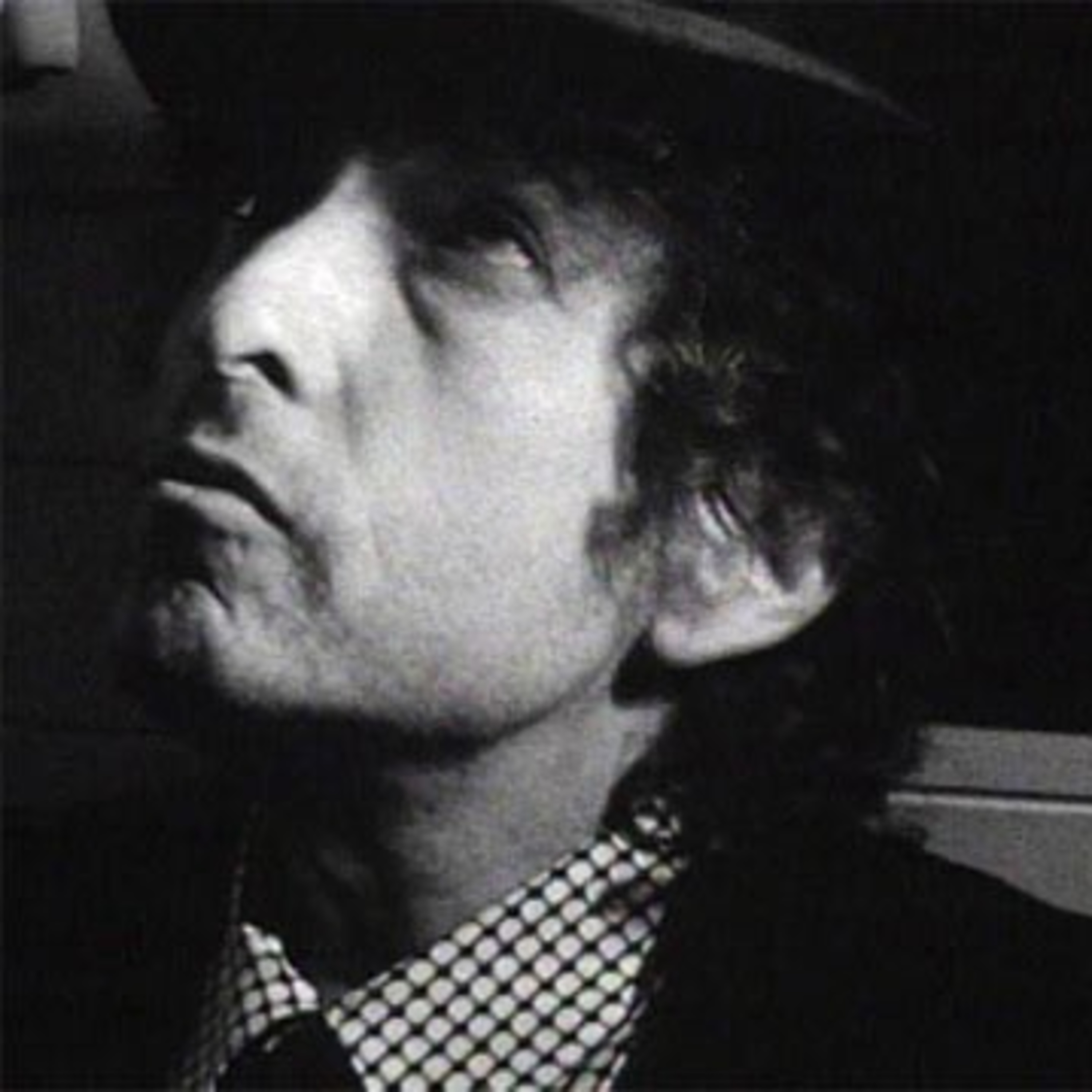 "Ya ain't gonna get none of my Santa Claus"

Not the Bob Dylan podcast you need, but certainly the one you want. We explore Dylan one random song at a time.
Episode details
Comments

Daniel and Kelly are listening to Dylan one random song at a time. This episode features a quick travel to London to walk with Bob in “Blood In My Eyes.”

Playlists: see that my playlist is kept clean | episode playlist

Next episode: I been kicked and whipped and trampled on / I been shot at just like you.

Recorded May 1993. Performed twice, at the Supper Club in 1993. We talk about the Mississippi Sheiks, as Dylan shouts them out in his liner notes:

BLOOD IN MY EYES is one of two songs done by the Mississippi Sheiks, a little known de facto group whom in their former glory must've been something to behold. rebellion against routine seems to be their strong theme. all their songs are raw to the bone & are faultlessly made for these modern times (the New Dark Ages) nothing effete about the Mississippi Sheiks.

Interestingly, The Sheiks “Blood in My Eyes” was a B-side to another song of theirs, “The World Is Going Wrong.”

We both enjoy the album cut, but the live versions are both slightly different and exciting. This is pretty great song.

[Dylan] has gained, by gaining middle-age, the ability to sing so sour and "adult" a love song without it either ringing false or glamorizing the unglamorously cynical, as a more youthful performer, a more youthful Dylan, would surely do. His version stalks along with predatory, loping menace, its quiet unhurried unstoppability sinister and brooding, the terrible calm of the guitar-work enacting some old, twisted animal’s implacable pace. Early on, it even halts altogether for a moment—a moment in which anything might happen: and then it simply resumes its hunt.

The music video was filmed in July 1993 in Camden, England, by Dave Stewart. We gush about this video for 15 minutes. It’s just so fun to see Dylan in public, as a real person. Its arty in all the best ways. Excellent.

We look at what the song is about, what “blood in my eyes” means. We discuss sex work. I use Jeff Suwak’s “Bob Dylan, Mississippi Sheiks, and “Blood in My Eyes”: Ain’t Nothing Wrong With a Hooker Love Song.” We also mention Dylan’s friend, Ray Gooch. We joked about this being a Christmas song as the Sheiks song ends:

The song is old so one can question it’s lack of novelty, but the song has staying power. The Sheiks version is solid, as is Dylan’s.

Kelly talks about the heat. She listened to a Riot Grrl playlist takeover and Tyler the Creator Call Me if You Get Lost. She watched Sleeping Beauty, The Tomorrow War and, music relate, The Wrecking Crew.

Daniel listened to a lot of music: first, atmospheric and jazz — Hurry Up, Brothers All Is Beautiful. I'm Okay to Be Alive. I'm Okay to Die, Sharle Cassidy Fearless, Charles Mingus Bremen 1964 & 1975, Ambrose Akinmusire On the Tender Spot of Every Calloused Moment. Also: 68to05.com, Modest Mouse The Golden Casket, H.E.R. Back of My Mind, Fucked Up Year of the Horse, Lucy Dacus Home Video, Vince Staples self-titled, relistened to Thrice Palms and went through Curtis Mayfield, Obama's summer playlist with "I'll Be Your Baby Tonight."

Tell your friends about the show, rate and review wherever they let you, and consider supporting us by subscribing or at Patreon.