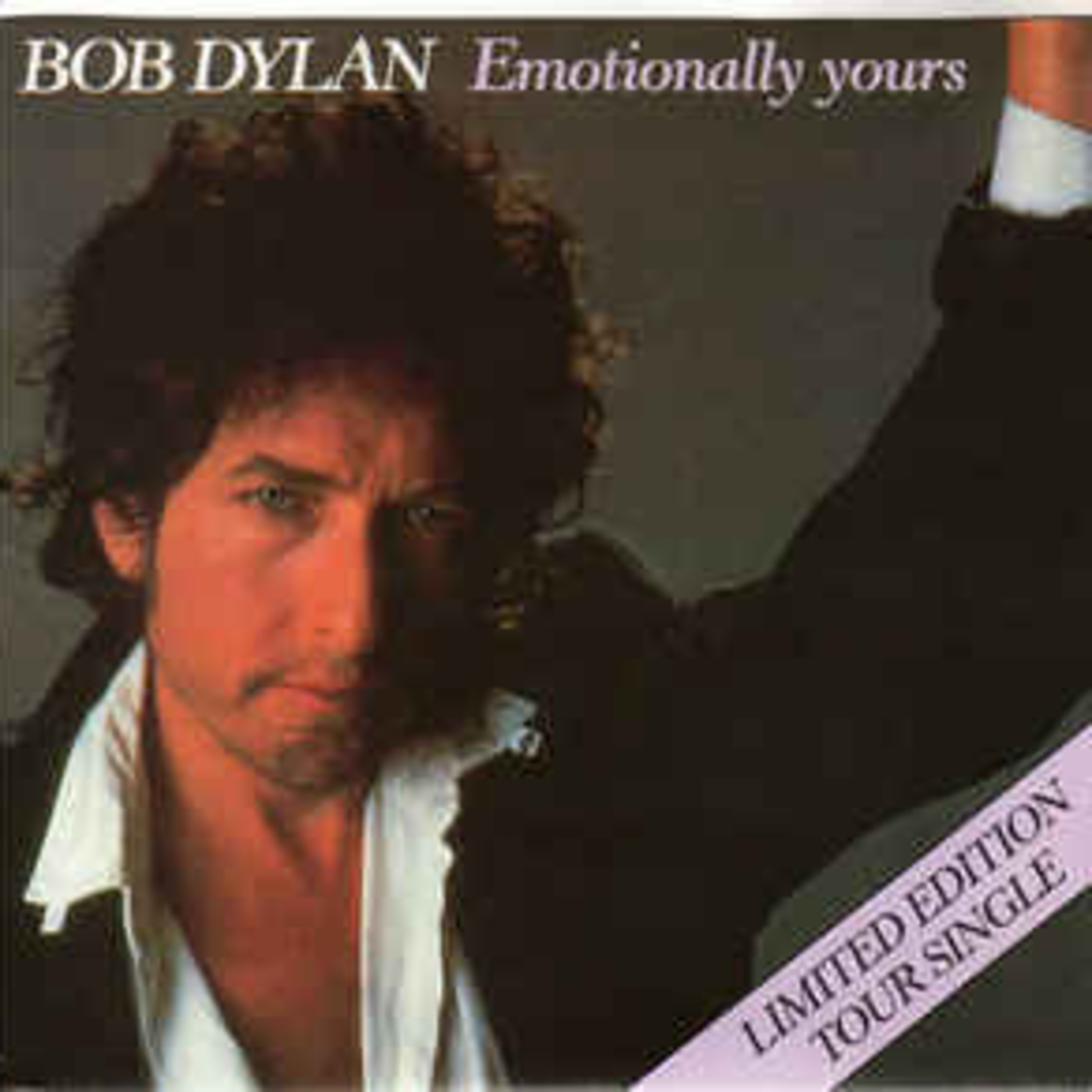 "Bullshit and sludge. There’s nothing alert, sparky or culturally allusive here, no deft particularity—no particularity at all."

Not the Bob Dylan podcast you need, but certainly the one you want. We explore Dylan one random song at a time.
Episode details
Comments

Daniel and Kelly are listening to Dylan one random song at a time. This episode reluctantly returns us to the scene of a previous crime with 1985’s "Emotionally Yours.”

Playlists: see that my playlist is kept clean | episode playlist

Next episode: I don't care what in the world you do

The Pacific Northwest is on fire.

According to Clinton Heylin, Dylan

demoed ‘Emotionally Yours’ on February 12 [1985], then firmly wrung its neck two days later while his studio band looked on askance.

We covered Empire Burlesque in Episode 66, including “Emotionally Yours.” This time we had the O’Jays version to compare it to – which doesn’t help Dylan. I quoted Michael Gray back then, but it’s too good not to again:

Here is the shameful spectacle of a man whose early work avoids every pop dissimulation in work of unsurpassed, pioneering clarity of individual vision and vocal richness, now mewling his thin vocal way through a thick murk of formulaic riffs, licks and echo-laden AOR noises devised with a desperate eye on rock-radio formats. Here is the artist whose mature intelligence revolutionised the love song in popular music, now reduced to lines like ‘You to me were true / You to me were the best’ and titles like ‘Emotionally Yours’.

Shit, I use a new quote in this episode:

What does the title ‘Emotionally Yours’ signify? Bullshit and sludge. There’s nothing alert, sparky or culturally allusive here, no deft particularity—no particularity at all. It makes no comment, other than by default, since anyone with a modicum of alertness to language themselves will be warned off by the clumsy untruth at its ponderous core.

We aren’t subtle in this episode. We drag this shit.

The video was recorded August 22, 1985 (jointly with “When the Night Comes Falling From the Sky,” our Episode 89). It was directed by Dave Stewart and Markus Innocenti.

Wow. We talk Elizabeth Taylor (who is featured, and credited, as Angela Vickers, her character in 1951’s A Place in the Sun) and the rumors of their relationship, the synching of instruments, the chilling “Tell me you're the one” while staring into the camera and into our souls. Mike Campbell walking into solo with him was hilarious – we figured it was the owner coming to ask him to leave the concert space.

We quote from Nothing to Turn Off: The Films and Video of Bob Dylan by Vince Farinaccio.

Music Video Month limps its body forward, wounded, but defiant, in to “Blood in My Eyes.” Next time.

Tell your friends about the show, rate and review wherever they let you, and consider supporting us by subscribing or at Patreon.